I’m involved (with @Kayleigh and @aaron) in designing the programme for this year’s Worker Coop Weekend in the peak District, 11-13 May. Looking for feedback/ideas, but looks likely to include sessions on: taking SolidFund to the next level; ‘barefoot’ coop development; possibly something on decentralised organising. Also a focus on new business referrals. For those not familiar it’s immersive, cheap and fun (for the most part…)

@sion - have folks brought their families along to this before? Any tips on accomodation etc?

Last year there was a lady from Rhizome (I think) with her family including dog. There’s a BnB right next to it and lots of space to walk around and get fresh air.

The only tip I have is that some people camping last year found it cold — bring two sleeping bags per person, this is the location of Foundry Adventure Centre on OSM:

OpenStreetMap is a map of the world, created by people like you and free to use under an open license.

And sleep with a thick wooly hat on!

Hi Chris see remarks below, it’s a fairly remote location; the adjacent B&B is likely to be booked up; so plenty of space for camping, and pretty relaxed atmosphere, otherwise you’ll probably need car transport to another B&B in the district

Talk to @Aaron and john.atherton@uk.coop re slot and proposed session outline!

Just a little reminder about this, tickets have now gone on sale so I told John Atherton that I’d let everyone know.

This is the agenda for the weekend @Leutha, if you still want to do a Viable Systems Model, could you probably take the Preston co-op update - that’s more a point of info rather than a session (someone put my name down for it but I’m not going to do it).

The Jon Walker guide linked to there is excellent and a highly recommend read for anyone who remains unfamiliar.

Hi, my daughter is visiting from Switzerland this weekend, so I shall not be able to attend the event I am afraid.

all the best,
Fabian

That’s shame, I would have found something on viable systems of interest. In fact I’ll be hurrying back from the worker co-op event on Saturday afternoon in order to participate in Jon Walker’s birthday celebrations!

So sorry, I would really have liked to attend, but other commitments exist and I feel overstressed as well.

Hope great things happen and looking forward to hearing about it!

The Workers Co-op Weekend was great

, thanks @athertonjohn for organising it.

We had a well attended session on CoTech that @Kayleigh ran. 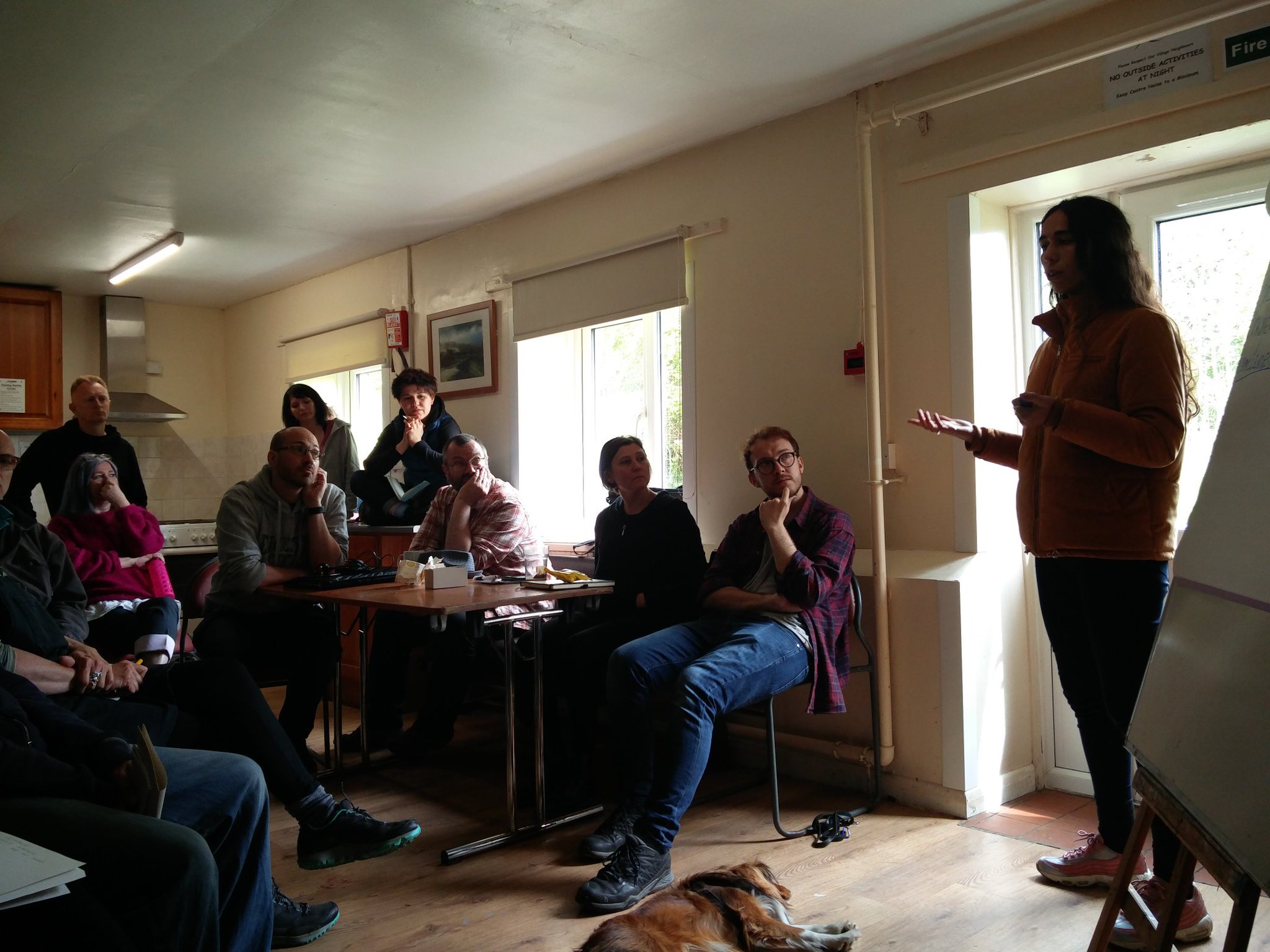 And then on Sunday we had a really positive discussion between three Cotech co-ops, Outlandish, Co-operative Web and Webarchitects and the main food co-ops present, Infinity, Suma, Essential and Greencity (nobody from Unicorn came to this session but @Kayleigh will also email Dan at Unicorn about the meeting).

The key points that I think came out of this were that:

Thanks @chris, I thought it was a really great weekend too. Thanks also for taking the pic in the session.

It was really encouraging that the food co-ops were engaging with us. The conversations started at the last worker co-op but we all agreed that we don’t want to leave it another year to catch up again.

I’d very much like to be involved with the research into their current processes/use of software. I want to catch up with some people at Outlandish so I’ll have an update about it later this week (the office is quiet today).

It was really good to catch up with fellow CoTechers this weekend, hope you all enjoyed it and had a speedy journey home.
X

The co-ops are looking at options for HRM software, I started a thread on open source options.

@chris is this the private thread? (i.e. not open to the public)

It is a public thread, if we need to discuss things in private we could create a different thread for that?

There are a few photos and interesting comments from the weekend on the #wcw18 hash tag on Twitter.

Very happy to be involved if I can help. Suma is on my doorstep so could do that site visit with zero overhead. If wehave different people doing different site visits/interviews we would want to have a consistent approachso that the collated data makes sense and is useful. Also happy to engage in that.