The 2022 Workers Co-op Weekend is due to take place on 29th April 2022 to 1st May 2022 at Selgars MIll, see this Google doc for the draft agenda and book your place here.

You might be able to get some of your costs paid via Solidfund, see the Loomio proposal: 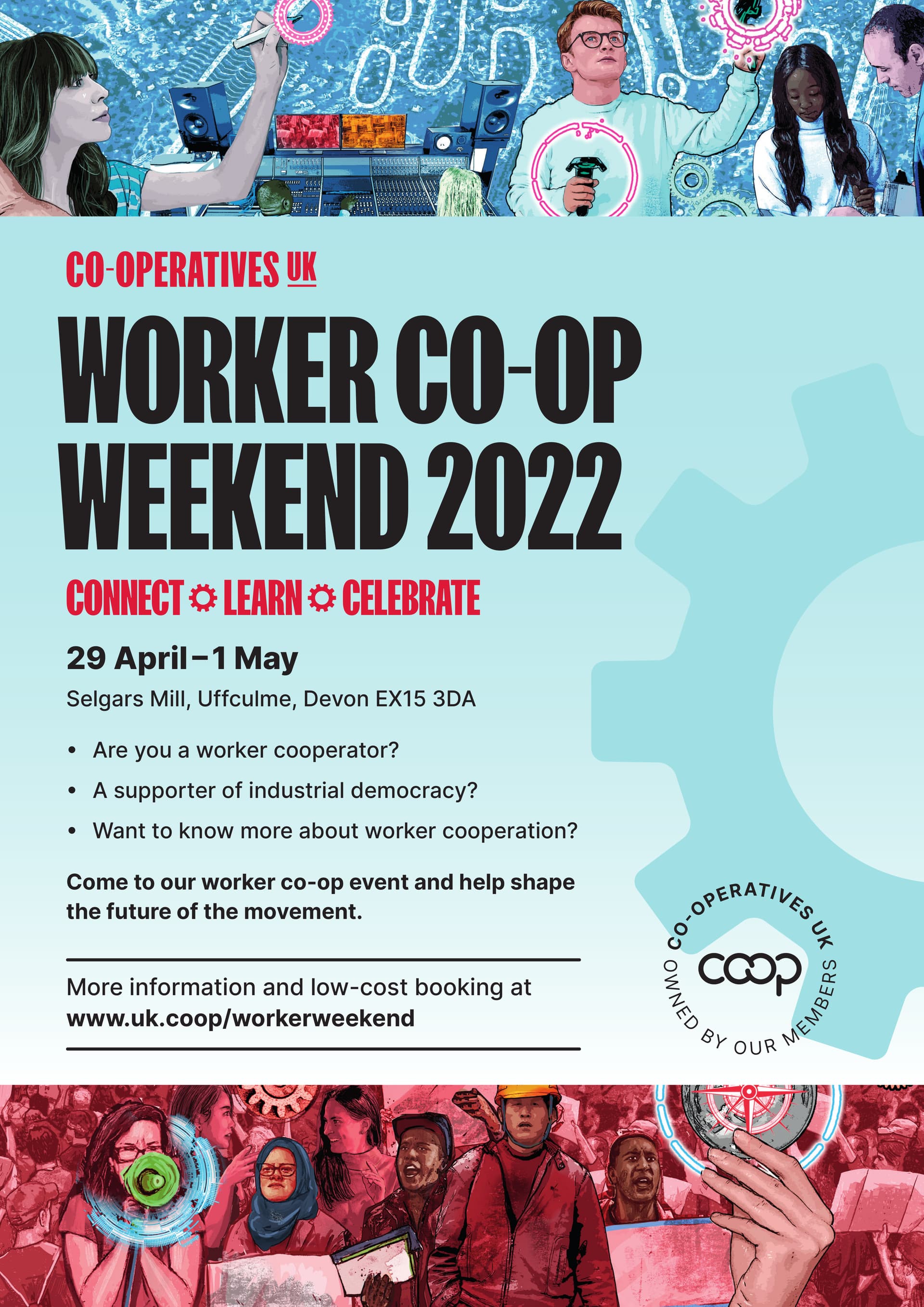 Really would like to make it over for this! Keeping an eye on it.

A weekend for worker co-ops to learn, share and be inspired.

Thanks for sharing, enjoyed last year for sure!

We’re going to Selgars Mill in July, which might suffice for 2022 but asked around in the co-op.

It’s the most important worker co-op gathering in the UK this century (!) as we will be co-designing a new worker coop federation, in which CoTech has to be an important sectoral group.

Hey we’re discussing this again, seems somewhat likely some of us will make it to this. I see the draft programme but is there another way to submit a talk/workshop/etc. or it is just adding stuff to the drive? Do we want to maybe make a bit of noise about CoTech by carving out a CoTech time/space or?

That shouldn’t be a problem at all, if you want to discuss it with the organisers before adding it to the Google document then best raise it via a Loomio thread.

I’m with @Sion on the suggestion that CoTech should become the IT sector of the new worker coop federation that is going to be discussed.

I’ve added a CoTech section to the agenda with this content to start with, feel free to add / amend:

How should Co-operative Technologists fit in with the potential new workers co-op federation, do we want to propose that it is folded in and constituted as the IT sector, or should CoTech remain autonomous?

Did add also an agenda item about infra sharing/re-use focused on the Co-op Cloud project and an organiser from the weekend is following up for a call. Will update when I have more info on plans.

I think the way forward could be be: CoTech becomes a self-organising industrial group in the new federation. It will help both CoTech and the fed to grow and get their act together.

We can share loads of infrastructure, and CoTech can help the fed get its data, systems, IT right (at both policy and practice level). Thanks @chris for leading on this, @Colm is up for the WCW session too (mainly contributing on a data commons strategy I think).

@Sion do you know if there’s any plans for childcare for the weekend? I’d like to come along but as it’s a weekend I’d need to bring the kids.

I suspect the answer is no regarding childcare but I’m not in a position to answer this question, perhaps ask in the Loomio group?

Thanks @chris! There hasn’t been any discussion in that Loomio group since January. Is that where the planning for WCW is mostly happening? @Sion and @athertonjohn have mentioned elsewhere about how much is planned but I haven’t been able to find much information so far. I would like to contribute but I think the distance, timing (weekend) and the fact that I would need childcare will make it difficult for me (and I imagine, others).

The main Loomio thread for this year is this one, but I guess most of the planning is being done by the workers co-op council?

The proposal to provide up to £3,000 bursaries for Worker Co-op Weekend 2022 is closing at 5pm today so if anyone here, who pays into Solidfund, hasn’t voted now is your last chance.

To maximise its potential, this proposal is to budget for up to 20 bursaries of up to £150 each (covering for example £100 camping ticket cost for the 3 days plus up to £50 of receipted travel costs) for those who would otherwise be unable to afford to come.

The Solidfund bursaries proposal was passed so if you don’t think you can attend the Wordkers Co-op Weekend due to the costs please see the proposal and get your application in!

Update: several members of Autonomic are joining this, see you there folks

Hi all, I have rented a 9-seater minibus to go from London to Selgars Mill on the afternoon of Thursday 28th, returning on Sunday 1st. Only a couple of firm takers so far, let me know if anyone wants a seat.

Anyone who would struggle to cover ticket costs or travel costs, email comms@solidfund.coop as there is still money for bursaries of up to £150 (or up to £175 from Scotland/ex UK)

Many Autonomic members are going to be present! For many of us, this will be the first time we’ve ever met in person. Hope to see many of y’all there!