At El Hogar Obrero (The Worker’s Shelter) https://eho.coop/, a +100 year old housing, consumer and credit cooperative in Argentina founded by Utopian Socialists (Juan B Justo) we’re about to test a concept of grocery delivery of products from the social solidarity economy centralised to collective houses units built by the coop.

Essentially, the idea is to provide working class people associated to the coop and eventually living together in a collective building access to wholesale grocery products unavailable in traditional wholesale private-capital supermarkets and capital-based supply chains at a fair price within a framework of a convenient experience that leverage centralised delivery points to reduce operative costs and, by extension, offering an economic alternative with relatively fixed pricing in discounts to members rather than the speculative (and quite volatile/opportunistic) pricing from big chains, where finally, part of the turnover of that activity is allocated into financing the building of new collective/social buildings.

For now we are just preparing to test the concept with a sample of around 20-30 members living a collective building called “Barrio Hogar Obrero Paso del Rey”. (37 km distance from the Argentine capital). 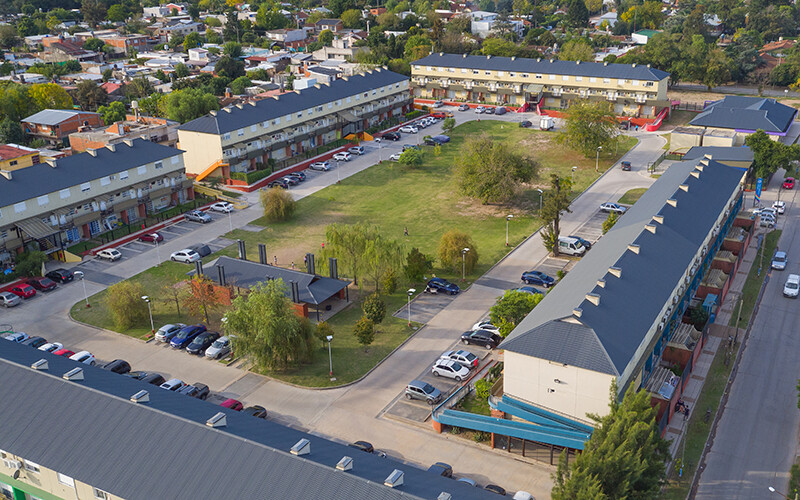 (Around 130 families living there).

The cooperative is quite historic, decades ago it has a supermarket chain called “Supercoop” which represented around 30% of all retail marketshare in Argentina and a membership mass of +2 million members, achieving to become the most economically solvent non-state enterprise of Argentina and certainly by its nature of its cooperative property model, a player quite obstaculising of private capital accumulation and market oligopolisation in the massive consumption industry. 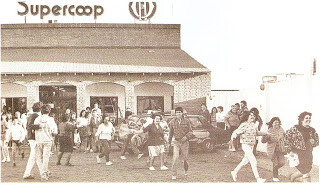 Around the 90s, in a context of neoliberal management, a circumstance of abrupt devaluation was triggered where up to 70% of the cooperative assets where highly devaluated, producing a disruptive crisis of cash liquidity at the coop. This phenomenon affected quite negatively the savings of its members and the cooperative as whole which had grown at an unhandable scale that was not properly anticipated by the coop management which lacked at the time both asset coverage mechanisms to prevent liquidity crises and a sufficient member support infrastructure to handle the overwhelming increasing amount of member complains and concerns around the future of the saving they made into the coop. A mismanagement that brought further bitter disappointment among the working people who trusted in the coop (but lacked knowledge on the whole picture of the situation). While many private actors were bailed out in that crisis, this was not the case of the cooperative which had to sell most of its assets in order to prevent bankruptcy. Private corporate media opportunistically attacked the coop and until many years of inactivity most people thought the cooperative just died.

But this was not the case, around 2009 the coop could handle all its debts and financial obligations and reboot the activities of its social object. Paso del Rey is one of the projects built in this “new era” of the coop which for a few years now is presenting healthy economic balances.

In this historic context, the new administrative council of the coop is willing to modernise the coop and the idea of Supercoop digital is to re-utilise the nostalgic brand of the previous century in a format of a digital platform rather than an expensive and risky investment in real state to compete in the retail market now oligopolised by big firms, many of them being foreign transnationals. 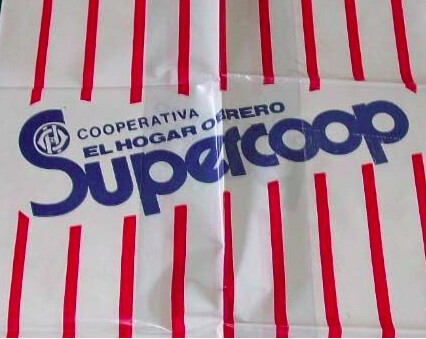 But in a context where the cooperative reputation was hit so bad, the new cooperative administrative council plan (which was advised by a group of members I’m part of) is to start with a low-budget test of concept within a niche and controlled circumstances before jumping into investing in a risky project that shows up the cooperative is alive again.

Our pilot test will consist on a digital store (made with a freemium version of a private provider) fulled with a catalog of products provided by the FACC (The Argentine Federation of Consumer Cooperatives) which acts as a wholesale store and fulfillment center for the social and solidarity economy in Argentina. A sample of coop employees will conduct interviews and communication with a sample of members living in this social building so we acquire direct insights from them and, by extension, we iteratively adapt the service design according to real needs rather than personal assumptions. The cooperative has a vehicle to make the delivery and will hire a few hours of external a UX designer/consultant to help the coop to design the store’s concept and conduct the experiment in lines of high quality assurance.

According to the pilot, the idea is to adapt to member’s feedback and collectively develop a concept that is matched with their needs and other working class people who can become potential members of the coop. I did recommend to consider and go for the FOSS development at a production stage.

What do you think and why people? Is there any feedback? Did you experience these situations of a big cooperative actor falling down and being attacked by private actors? I know many cooperators here are from England. Did you ever work with Coop Group? Do you think there are possibilities for tech coops to work with big coop actors? In this era of massive connectivity is there a way to foster international solidarity among cooperative projects such as this one? Might we federate in a “cooperative economic block”? Are there limitations to that? How shall we make it happen?

Thanks in advance for your feedback!