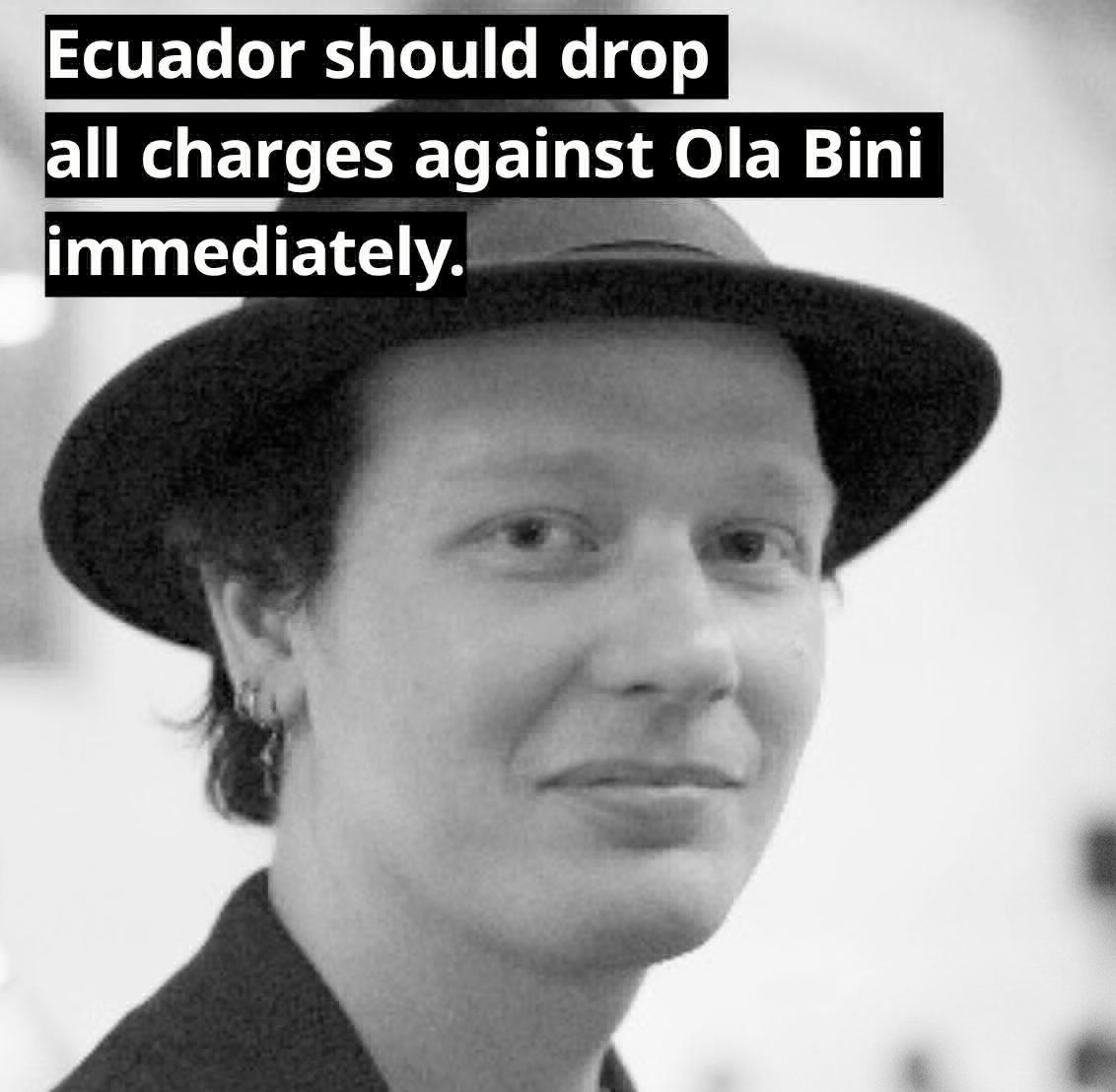 I have an Ecuadorian friend, Rafael Bonifaz who where working with Ola Bini in Ecuador when he was arrested without guarantees.

Rafa was in Argentina studying issues about security and privacy, and he did some workshops for the cooperatives of FACTTIC, he 's a really nice person and a free software and net neutrality activist, and I became a friend of him. He’s really worried for his friend Ola and share this campaign with me and ask me to spread it.

Maybe we can talk about this in Sheffield, or just sign it…

I think having a session on this at the CoTech event in Sheffield would be a good idea, I’m not sure where to add it to the agenda but I have added it to the list under the agenda.

Ola Bini has been released, Democracy Now interview with him in two parts: 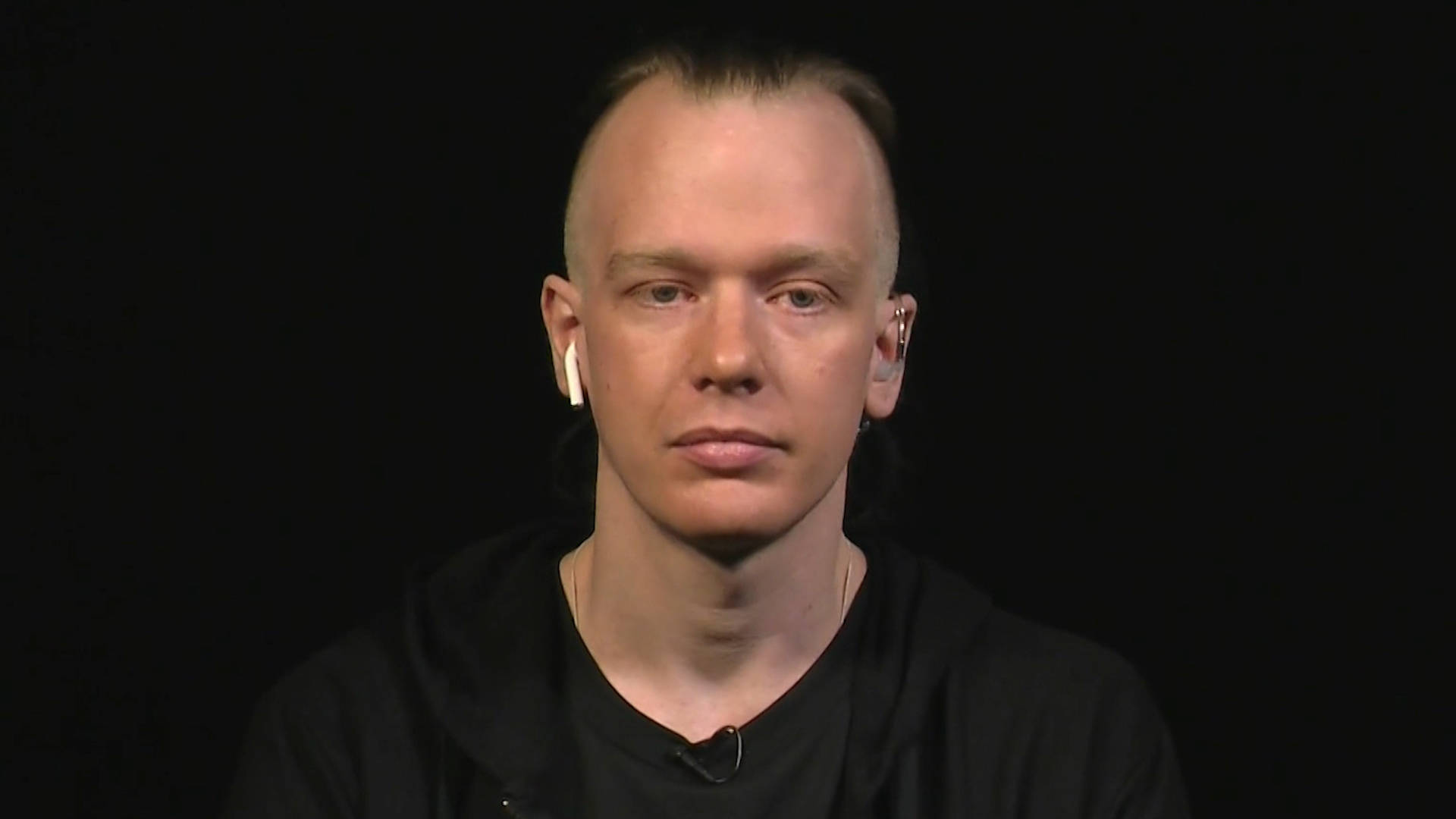 Last week, an Ecuadorian judge ordered the release of Swedish programmer and data privacy activist Ola Bini, who spent more than two months in jail without charge. Bini is a friend of WikiLeaks editor Julian Assange. He was arrested in Quito on the... 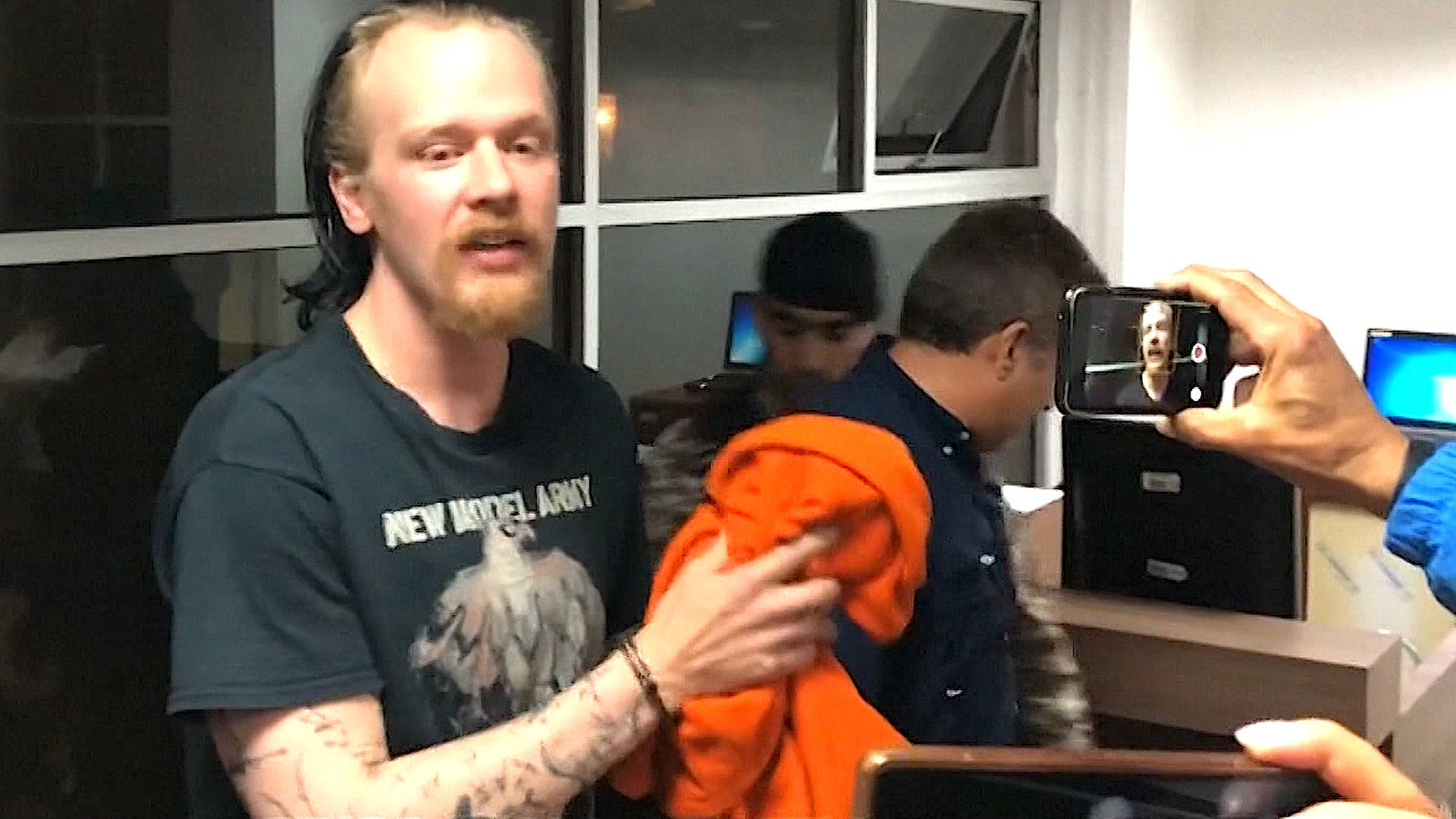 Targeted for Being a Friend of Julian Assange? Ola Bini Released After Two...

Web-only conversation with Swedish programmer and data privacy activist Ola Bini following his release from over two months in an Ecuadorian jail.

At least we have a good news with this!

Jillian C. York has been to Ecuador and reported:

Ola Bini has been facing prosecution now for nearly four months, and we still haven’t been told what systems he is supposed to have broken into, or any other details of his alleged criminal behavior.

After being in Quito for a week and speaking to journalists, politicians, lawyers, academics, and Ola and his defense team—and extending invitations to Interior Minister María Paula Romo and Diana Salazar Mendez to meet with us—we believe we have a better picture of what is happening. In brief, based on the interviews that we have conducted this week, our conclusion is that Bini’s prosecution is a political case, not a criminal one.

Full article on the EFF site: 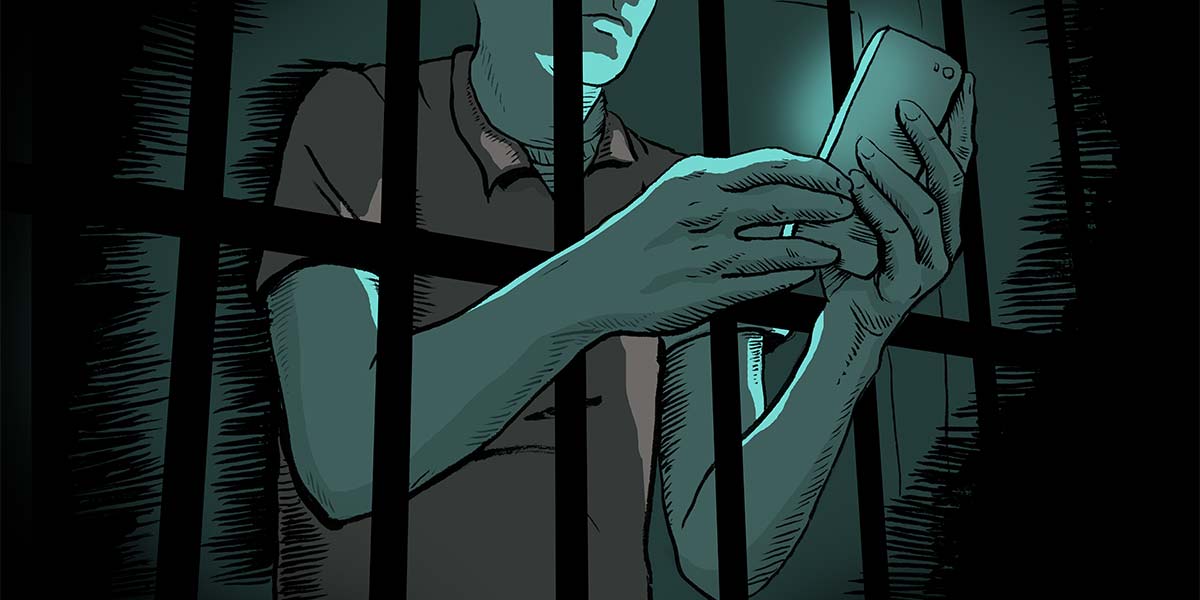 In Ecuador, Political Actors Must Step Away From Ola Bini’s Case

After spending nearly a week in Ecuador to learn more about the case against Swedish open source software developer Ola Bini, who was arrested here in April, EFF has found a clear consensus among the experts: the political consequences of his arrest...

Ola Bini’s still under pressure:
August: His workplace has recently been broken into and the ‘thieves’ took computer equipment … https://www.telesurenglish.net/news/Ecuador-Ola-Binis-NGO-Office-Sacked-Tech-Equipment-Stolen-20190801-0038.html