Steve Purkiss here, I know some of you through the Drupal community and although have seen this forum before have not interacted so far however was recommended to post so thought I’d make my introduction, inform about my coop project, and offer my help if anyone needs my skills.

Last week I was lucky enough to obtain a bursary and attend the Open:2019 event in London which was held just opposite where I worked back in the dotcom days 20 years ago for RemoteApps which was the first modular web app software and my first web project was taking Volkswagen UK from brochure-ware to online car configurator. I worked on a number of great projects like the first horse betting site that fulfilled bets, and B&Q’s first diy.com site. The software was J2EE and although I wrote a few Java Server Pages, I was much better at managing clients, expectations, and growing accounts, although I’m no hard salesman, I just believe in active listening, sticking to deadlines, and delivering good software. I also believed in the integrated, modular approach with modules covering content, commerce and collaboration, and won many a pitch on that benefit as opposed to paying licence fees for various products then hours of work to integrate them creating inflexibility and greater TCO and risk.

After redundancy I ended up back in Essex & networking lots on and offline and discovered Ecademy.com which was built on the Drupal framework. I tried but couldn’t figure out Drupal but a couple of years later I saw one of my previous client sites LinuxVAR had changed from XOOPS to Drupal so I finally looked under the hood and saw Drupal did everything that RemoteApps did but was free and I was ‘hooked’ from then on! At the time I was running the local Ecademy meetups and became known as “The Open Source Guy” as I helped many discover there was all this free software out there they could use - not only Drupal but software for accounting, music, graphics, and so on. As we used to hold our meetings in the back room of pubs I thought that it would be great if there were dedicated spaces where like-minded people could meet, and it would also provide a space where Free Software could be utilised and taught, as well as local businesses could present sessions and network through their profile pages with a Drupal-powered site. I met so many businesses who share similar business models yet were paying again and again for mostly WordPress-based sites and wondered why there weren’t more vertical industry distributions for Drupal to cover these and thus sharing the costs of development. To me it was obvious that at each stage of this commons-based peer production generic functionality would become zero cost to distribute and innovation would move forward, a far better option than recreating the wheel every time someone started up a beauty salon or coaching business.

In 2008 I decided Brighton would be a great place to start this idea as it had a great mix of tech, artists and musicians, so I moved there, founded the Drupal user group and helped the council migrate from ColdFusion to Drupal by providing some training and consulting, connecting them with the local community and subcontracting some of the build. In 2009 I attended an event “Connecting Innovation” where I discovered Ken Thompson and his book “The Networked Enterprise: Competing for the Future Through Virtual Enterprise Networks” where he’d literally written the model for how to collaborate on a business level in a way that the Drupal community does on the code level. At the time I was going to many of the Drupal business meetups across Europe and in 2012 when the first community elections for Directorship of the Drupal Association came up I discovered hardly anyone had applied and thought I would and within a week I’d gained lots of support from the community and became the first ever community-elected Director.

I realise my naivety now as I didn’t know “how the world worked” but after a year in that post I saw how the top-down process of what is essentially a trade association worked and they were not interested at all in supporting the creation and building of a community-owned and run cooperative as I’d seen detailed in Ken Thompson’s book. Whether intention or not, I believe strongly that whilst this top-down approach does provide some benefits in terms of structure, it restricts growth of the community, full realisation of the power of the community, causes many project fails and will never be able to support the community as a whole, only those which fit into the agenda set by a very small group of directors. I believe this problem occurs all over the world in many communities, however in Drupal’s case it is one of the largest communities of contributors and along with it has a wealth of code that could be utilised to support the creation and build of new institutions that support the way we work now in commons-based peer production.

After my time in the Association I decided to try and set up a Drupal cooperative using Ken’s methods and the first was a ’skills heatmap’ which worked well and people were connecting lots but I’d failed to put a business model behind it and with only a few members who’d decided to join I couldn’t continue. I thought I’d go back to project work and support it through that - after all, instead of trying to convince people to join a co-op nobody seemed to refuse being given good project work, and with a model of 10% going back into the project I thought it would work. This didn’t because as mentioned I’m no hard salesman so spent a lot of time doing work I wasn’t adept to doing as only getting 10% meant my income went down a lot.

Along the journey I discovered the platform cooperative model and FairShares where clients, suppliers, founders and investors can all have ownership and I believe this model would work to support growth of a Drupal cooperative along with provide the loyalty necessary in order to grow enough so that funds can be allocated to projects like connecting with universities, providing training to career changers, especially those who used to be in the hardware/mechanic/steel industry etc as I believe some of those skills are needed to strengthen the software we build and not just rely on flaky front-end code

The Drupal world had changed by this time and there were many more businesses grown around it which I was losing out to because I was seen as just a solo operator, so for example another local council had asked me to help them but I lost to an ‘agency’ whom I warned would mess up their project, which they did. Then the story goes a bit of a tangent as a friend died in the Shoreham airshow, I was stressed, I had mice in the flat which the landlord wouldn’t get rid of and I ended up back in Essex where I then discovered I had a lifelong issue with B12 which was now at such a bad stage I couldn’t stand up or think straight. Then I discovered the NHS know little about vitamin deficiencies due to the pharmaceutical industry not being very interested in anything they can’t patent but was lucky enough to discover online support groups and learned about self-injecting, having to order from Germany, and now two years and 1,000+ injections on I’m 5 stone lighter, building up my self-confidence and wading my way through trauma issues which we all have in one way or another but ready and raring to pick this mission up again as I truly believe we are only at the beginning of this commons-based peer produced world and we have a window of opportunity here to leverage what is already there in order to bring some of the power back into the hands of people and close the gap between the value creator and their ability to extract the value out of what they create.

As an example, I met one of the members here, Finn Lewis from Agile Coop, back at Drupal ScienceCamp in Cambridge in 2012 where I also met Jamie from FreelyGive who has been building native CRM for Drupal and does some amazing projects with it - mostly church-related ones but also South West Rail Delay Repay and the CRM for a client of mine Enders Analysis, a London-based industry research firm. The benefits of modular, integrated CRM are awesome compared to integrating separate packages, not only from not creating duplicate records but also opening up the possibilities of creating functionality for vertical distributions and adding value to projects like the OpenSAAS cooperative Drutopia project. But creating software products is expensive - collaborative products and services are just one of the areas a Virtual Enterprise Network would help to realise the full power of the Drupal community, and once established for Drupal, which if anything has figured out how to collaborate at scale at least on the code side, could then be used for other communities in both free software and beyond.

So anyway, here I am back stuck in Essex, now dealing with my father’s low B12 issues OK but still yet to help my mum who I do shopping and cooking for each week as she’s now house-bound due to the manifestations of life-long B12 transport issues and still needs a little more convincing that daily injections are the way forward (but I’m getting there) and me dealing with the knowledge now that my brain works a little differently and I’m not that good at “executive functions”, forgetting how many reps I’ve done at the gym as I do them for example, and wondering my next moves. I’ve been recording a few times an intro to my forthcoming B12.Life channel as there’s so much to learn when you discover you have a deficiency and have brain fog that I thought it would be helpful to provide some info, but really I also want to pursue this Drupal platform cooperative and I can’t do it alone, I need help.

If you’ve got this far and also think along these ways and would be able to put up with my enthusiasm I’d love to hear from you; if you think my enthusiasm could help your organisation in any way let me know, and if I’ve completely scared the hell out of you or annoyed you then that’s ok too, I’m discovering at the tender age of 46 that not much is going to change so I’ve got to live with this and my ideas aren’t “wrong”, and when I execute it works, I just need a little help in order to grow faster than I seem to be able to right now.

The Networked Enterprise: Competing for the Future Through Virtual Enterprise Networks

The Networked Enterprise: Competing for the Future Through Virtual Enterprise Networks 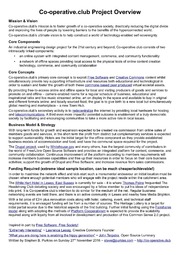 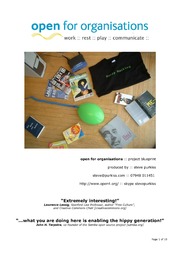 Thanks for your time and attention,

Hi @stevepurkiss I don’t think we have met but I have seen your Tweets go past, @finn is away at the moment but I expect he’ll drop in to say hi at some point

Hi @chris! I’ve been taking a break from the facebook and twitter time-sinks for the last couple of months but yes, I was a little active on there

Hi @stevepurkiss and thanks for taking the time to post. Really interesting. I can see a few similarities there with my own experience. I’m sure I’ve cme across your name with respect to P2P stuff in the last couple of years or so, and the references to commons-based peer production tie in on that front. I’ll read the linked docs with interest. And yes, I’m interested in cooperating with you.

Hi @Graham! Been reading some of your posts and yes I can see similarities - is contact@mc3.coop a good email to get to you?

Hi @stevepurkiss - that should work. Go for it.