I’ve been looking into crypto tokens/ICOs a lot lately, and the focus on decentralized networks etc seem to strike a similar tone to the platform co-op way of thinking.

In particular of the companies I’ve found, Colu are soon to launch their own token sale, with their mission as described below from one of their Medium posts:

"What makes Colu truly special though, is that it really embodies the notion of a shared economy. Instead of subjecting consumers and businesses to superfluous fees as part of their payment process, the Colu network will use cryptocurrencies to distribute the savings back to the network’s stakeholders. This could drive people to have an actual stake in their local economy. Not a theoretical one.
This is the essence of a shared economy. Colu seeks to empower the people that enable the shared economy and to allow them to potentially benefit from their economy’s economic growth.
I believe that Colu is the model of a fair and just economic evolution of the shared economies. It empowers the people and divides the wealth in a more equal and just way. "

I was just wondering what this community thought of something like this? Potential to launch a co-op version?

I’m not come across that but I think a “Crypto” category would be handy on this forum to follow these things — the existing threads on this are not easy to find… does that make sense?

And how does / doesn’t this relate to Holo / Holochain? I’m asking around as it looks to me like a good project, and I’d love to hear “due diligence” on it.

Actually the link to Holo is here

I’m just going to throw it out there but I’m super skeptical about all this Initial Coin Offering stuff. It’s basically all a bit of a scam because there is no value there, it’s all speculation on future value.

I’m not really sure if there’s a place for this fictional capital in the co-operative economy at all. There’s currently 1349 coins out there and I think that none of them will liberate us from capitalist exploitation. That’s a social problem and not based on currency alone.

I’m also rather skeptical but haven’t fully got my head around this stuff yet and think it is a very interesting and potentially important discussion and hope to, when I have time, start a thread on “what form would an ideal post-capitalist exchange mechanism take”…

Yep totally agree with @chris . That was a bit of a negative sounding post from me! I’m totally interested in this stuff so not to discourage people who are interested in it. That’s just my honest opinion.

There is definitely a hype train right now which companies are jumping on, with investors keen to get on ‘the next bitcoin’ as soon as possible, with ICOs being used as the latest way of raising funds, with no inherent value to the tokens/coins other than speculation.

But if you look at the technology behind it, and give the token some purchasing power/peg it to the dollar/some tangible benefit to early adopters, it’s a super interesting concept.

I recommend having a closer look at Colu, and having a read of their Whitepaper. They’ve been running local digital currencies in Liverpool and other places, encouraging spending in local economies.

It could also potentially help with the ‘sweat equity’ problem of starting co-ops which we discussed at the co-op workshop in Manchester? The Steemit whitepaper goes into detail on how it can be used to reward active contribution in communities.

I’d love to give something like this a try and create a co-op version asap while this stuff is still nascent, but I’m still super new to this technology. Keen to speak to any experts!

Interestingly FairCoin is actually around 1 euro right now. Maybe I will get some and buy some badges etc on FairMarket for Christmas presents

GS is working on Coinfan.net at the moment - an aggregator/community for all things coin/token/blockchain. The mission is to make information about opportunities that arise from the technology more accessible to the global audience. Specifically the one outside the Silicon Valley/Global finance nexus.

Though Coinfan is not directly aimed at the co-op sector, as jbuysmart observes, with the potential blockchain offers to move value and trust from the center to the community, there are parallels with the co-op approach.

Also, given its mission, Coinfan is very keen to encourage a broad range of narratives and, particularly, to host those that offer an alternative to that of global capital.

The community platform allows anyone to create a topic channel. A co-op channel would be a great opportunity to share both co-operative thinking on developments in this space and, indirectly, promote the co-operative alternative to a wider audience. The site is currently serving around 1K users/day. Total Nov. of 17K+ from a start of 0 at the beginning of the month

I’ll flag this up to the Faircoin folks.

ICOs are very much flavour of the month and are being used as an alternative to more conventional VC funding approaches. High risk, low or no regulation. Boyd Cohen is working on an ICO for the Collabor8 token along with Outlier Ventures - who look like an interesting outfit - with the goal of raising funding to create major platform coop infrastructure that can be used by platform cooperatives to shorten the runway to viability. Sounds really interesting, and I remain fairly sceptical right now, although willing to be convinced.

Holochain also looks very interesting, and perhaps more in keeping with cooperative values and principles. They’ve also just successfully completed a $200,000 crowdfund, which is nice to see. From what I read Holochain tackles some of the key problems of conventional blockchain.

I also had a great conversation with Bill from Cetis at Wortley Hall, in part about how a well designed cryptocurrency could be used to build a stronger and more resilient cooperative economy, and I’m keen to continue working with him on that.

Right now Coinfan is, not surprisingly given the hype around BTC, primarily a data source for crypto investors. But the mission is to pursue the ‘self- informed community’ approach to grow and sustain the site over time. We’re particularly keen to reach/inform/grow communities that can take advantage of blockchain to enable/empower themselves… and offer a simple platform to share that

Indeed, server broke last night & cascade of issues from there. Bringing it back now. Still, that’s what beta’s for

I messaged Boyd recently and apparently they’ve moved away from that idea.

Interested to hear how any of this develops with the tech co-op space. At the moment it seems like people like Colu are at the forefront of this, so I’ll try and keep a close eye on what they do and see if I can feed anything back of value.

2 posts were split to a new topic: The Credit Commons : A money system for the solidarity economy

I have my doubts about Colu. It’s a VC backed company and therefore has to return them profits.

It’s good that they’re seeking to make a cryptocurrency usable in the real world, and they’ve made an app that’s easy to use, but I haven’t heard they’ve addressed the mining /energy issue. So would it be able to scale up to even handle the potential transactions of a city like Liverpool. 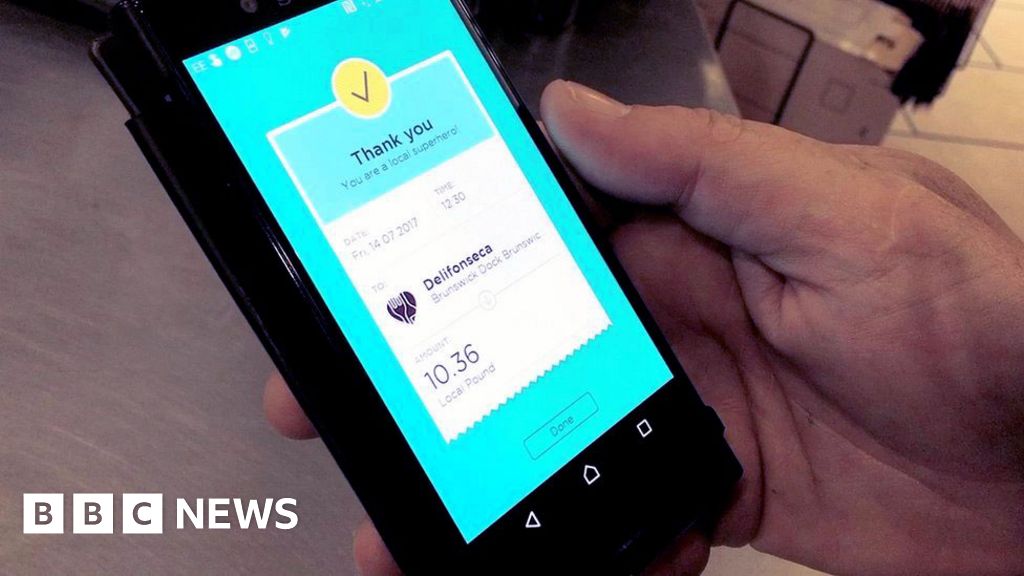 The Liverpool app that sidesteps the banks

Israeli company Colu has launched a digital currency in Liverpool, which is only open to locally-owned and run businesses.


…
Duncan McCann… an economist with New Economics Foundation who researches local digital currencies… thinks local digital currencies like Colu are a good idea, but he has some serious reservations.
"Local currencies seek to stop money escaping, the ‘leaky bucket’ argument we call it. They try to keep it circulating in your own community to do more good.
“Most local currency designs maximise the potential for the money to stick. There is some irony that this model that Colu is offering at its core extracts money to the mother company, which in this case is Colu [in Israel].”
Most other local currencies in the UK and Europe are run on a not-for-profit basis, he says.
The incentives Colu offers to new joiners can only last so long, he suggests.
"The big danger is that if no profit is being made, or worse they start making a loss, that they will just cancel the app and all the hard work is lost in an instant.
“Then it becomes very hard to start another local currency because there is so much bad feeling.”
…

Blockchain startup Colu has secured $14.5 million in new funding from a major business group in Israel.

It looks like the good old capitalist system cashing in on the surge in local currencies - and taking their cut.

FWIW, on the mining issue (disclaimer - I’m not in any way qualified to validate this but thought it informative)