The next big CoTech Gathering

Just chucking this in as a thought re CoTech gathering: if we ran it in parallel with WCW at a bigger and better-equipped venue (e.g. the Oxford venue we used three years ago, when the Young Cooperators Network successfully ran their training event/conference alongside), it might accelerate/cross fertilise both CoTech and the wider worker networks - and save money/effort. Thoughts? Here’s the place (don’t be too put off by the scout thing, it was a great venue) https://www.scoutadventures.org.uk/centre/youlbury

Ditto on the venue. V.nice

The CoTech gathering was originally conceived as a bit of an antidote to the Worker Co-op Weekend. While I like WCW it’s in a scout camp and involves singing around a campfire, which is not exactly bringing capitalism to its knees. CoTech was intended to be a network of highly professional, profitable businesses. That said, it’s become more of a community (e.g. people feel they have a right to come, rather than a business need) so maybe combining with WCW makes sense.

Interesting! The YCN was also very keen to keep its cultural/programmatic distinctness intact, and their programme was very much ‘in parallel’, not a subset of the WCW programme - though there was osmosis. I’m surprised at the implication that WCW is in any way about non highly professional, profitable businesses as compared with CoTech, or any less about bringing capitalism down, and business collaboration opportunities are important. Camp fire and singing are optional, although agree scout camp venue has an optical disadvantage, and it could also be about what songs you sing. Maybe we should have a dress code.

I think it’s a good idea, it could also save the potential organisers lots of time and money.

Hey @Sion - I wasn’t at all trying to suggest that the other worker co-operators are unprofessional or bad revolutionaries - just that a scout camp ain’t very Davos, or even London Tech Week. The opportunity cost of sending a group to Wortley Hall is in the region of £30k for Outlandish so we want it to be about setting up a highly profitable business network. We also want to support other initiatives, but in different ways.

Sure Harry! Davos/Tech Week it ain’t. The opportunity cost upside (if this is an upside, because people have lives) may be that it’s a long weekender, and a day shorter than CoTech retreat. But WCW is up for raising its game in terms of venue/optics and we want people to suggest alternative venues, even if more spensy and we ask SolidFund to sub.

While I like WCW it’s in a scout camp and involves singing around a campfire, which is not exactly bringing capitalism to its knees. CoTech was intended to be a network of highly professional, profitable businesses. 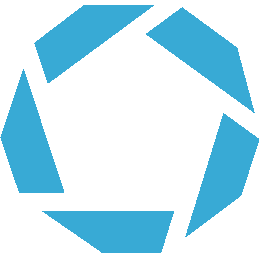 's working with the food

s than I had at Wortley Hall so I think it is a little unfair to counterpose the events like this.

having a separate event from the WCW but I’m also happy to go with the majority on this.