How to get .coop email accounts?

How does one go about securing email accounts with a .coop domain name? Looking to buy a domain for our new coop but it’s expensive (have read previous threads about why) - that’s more annoying if have to sort emails via another provider too.

Can anyone recommend where to sort .coop email accounts if this is the case?

(Are they essentially provided by hosting services? If so I want to buy from a provider committed to renewable powered servers)

Webarchitects Co-operative is a multi-stakeholder web hosting co-op that clients can join as members and get @webarch.coop email addresses, however this probably wouldn’t be ideal for your co-op — I’d suggest start with buying your own .co.uk or .uk domain, as they are cheap and then when you have the spare funds buy the corresonding .coop domain.

Thanks Chris - any reason why not to buy from gandhi.net - can buy three domains plus two free emails addresses? Purchase says includes automatic configuration which not sure I want?

Gandi.net is probably the cheapest registrar through which to to register a .coop domain name, and as I recall they give you some email accounts free of charge, though I don’t know the spec of those accounts so can’t comment on their suitability for a business. And of course you need to meet the eligibility criteria for a .coop domain.

Webarchitects provide mail hosting, and can probably register the domain for you - highly recommended.

We (Webarchitects) uses Gandi for non .uk domains, we have a reseller account with them as explained here: 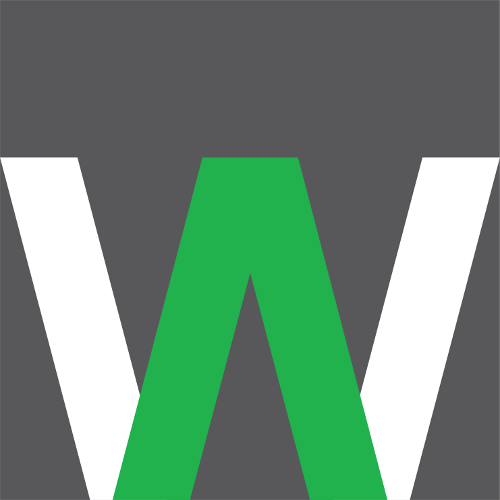 Gandi are not a co-operative and I’m not sure if they use a renewable electricity supplier, however their French data centres probably mostly run on nukes since around 70% of the French electricity supply comes from nuclear power.

One thing that i would recommend is that you make sure that your Domain Name Registrar, and your Email/Website Hosting, is done by two different companies.

It’s a way of avoiding being held hostage by bad actors. ( “Yes, i am talking about you, Go Daddy!”

If you have the services from two different companies, then if one of them is acting up, it’s easier to dump them as a supplier, but if you have both services with the same organisation, then it’s easier to get screwed.

No, i am not suggesting the the organisations here would try to rip you off, but it’s a precautionary principle. Once burnt…

make sure that your Domain Name Registrar, and your Email/Website Hosting, is done by two different companies

One thing people often fail to realise that when they register a domain name they, the registrant, are the owner of the domain and that this is irrespective who the registrar (the company it is done through) is. This means that in the event of some kind of falling out, like it sounds that you had with Go Daddy, you can go straight to the registry to have the domain moved to another registrar. Of course this works better with well governed registries and Nominet, who manage .uk are probably one of the best in this regard as they have a democratic structure made up of the registrars, Webarchitects is a Nominet member. I do find it somewhat ironic that Nominet has more of a democratic structure than DotCooperation LLC (DotCoop) does…

Purchase says includes automatic configuration which not sure I want?

These days you probably do want someone else to configure the DNS entries for email hosting, many years ago all that was needed was a MX record, these days it is more complicated, to combat spam and identity theft and to improve deliverability there are SPF, DKIM and DMARC records plus SRV records to assist Apple device to configure themselves, autoconfig. sub-domains for Firefox and autodiscover. sub-domains for Microsoft Outlook, see for example the DNS settings needed for the Webarchitects mailserver — this is a good reason not to have your DNS and email hosting done by different companies as it would probably result in you having to configure all the DNS records for email yourself…

One thing people often fail to realise that when they register a domain name they, the registrant, are the owner of the domain and that this is irrespective who the registrar (the company it is done through) is. This means that in the event of some kind of falling out, like it sounds that you had with Go Daddy, you can go straight to the registry

I’ve been busy but I want to highlight that the above is key. The days of scammy webmasters registering their clients’ domains as their own (and then charging an inflated “transfer fee” when you want to move but keep the name) are hopefully mostly behind us, but it is still worth making sure you’re not caught out by it.

There are also other versions of that, such as charging you extra for non-web connections (such as IMAP or SFTP) which are really helpful when you want to copy the emails or website files or databases to your new hosts. It’s more important that you can leave easily than whether the same host is hosting your domain and services - and like @chris wrote, it makes some things easier these days.

Of course this works better with well governed registries and Nominet, who manage .uk are probably one of the best in this regard

and the implication that Chris probably didn’t want to dwell on is that .coop domains do not transfer as quickly or easily and .uk ones. In other words: expect some service disruption and extra work for whoever is transferring a .coop domain between hosts - it doesn’t always happen, but it does too often.

So we pay more for the checking and fuzzy warm feeling of supporting co-ops, but actually get a worse service for it because we’re lumbered with some historic bad choices, a registry sometimes only delivering the minimum ICANN-required service and the International Co-operative Alliance acting like an absentee landlord on this.

domains.coop is both the registry for .coop and .creditunion domains, and also a registrar. The business is based in Oxford and is owned 50/50 by the ICA and NCBA, a N American coop federation. I’ve bought plenty of .coop domains through them, for years, but agree you wouldn’t want to buy hosting from them (they may not do that any more anyway). Clean hands: they are a client of mine.

.coop seems to raise hackles in CoTech circles. I totally buy the line that a .coop domain is actually a very cost effective distinguishing mark and conversation-starter for any coop that wants to leverage its coop identity. Of course if you don’t, just buy a .biz for $3.50

I don’t think of $100-odd dollars a year as paying a ‘premium’ because I know it costs more to run a registry for 10,000 names (who have to qualify to use it) than it does for 10 million. It only occasionally causes more than niggling recognition issues - much less than, for instance, being registered as a Co-operative Society rather than a Company.

domains.coop is both the registry for .coop and .creditunion domains, and also a registrar. The business is based in Oxford and is owned 50/50 by the ICA and NCBA, a N American coop federation.

And one reason it can “raise hackles” is incomplete descriptions like that!

OK, it’s owned two co-op-ish* organisations but the service is actually delivered by a series of very non-co-op companies (LogicBoxes among them), some of which have engaged in what I feel is rather sharp practice, almost as bad as the scammers registering domains to themselves mentioned above. Trying to get even basic technical errors with services fixed took a disproportionate amount of time.

Secondly, while there are some fixed overheads, there are also per-domain ones so surely running a registry for 10,000 names doesn’t cost more than for 10 million? Far less storage, network and processor required. When I last investigated, I was told that we were still paying off the setup costs from being one of the first “new” Top-Level Domains, but I don’t know if that’s still the case or how long it will take. We don’t have any visibility of the breakdown of that $100 yet, do we?

But a major problem is the registry being a registrar as well. That’s like being both referee and one of the players: it deters other players because it means there’s unlikely to be effective regulation of one of them.

*: as I’m sure you know, both ICA and NCBA are so large that some argue they are no longer under effective co-op control because there’s not enough co-op-to-co-op communication for any group to effect any change without a disproportionate barn-raising effort.

Not much to argue with there, although a) Dot Cooperation LLC is a wholly-owned subsidiary rather than a coop, so you wouldn’t expect it to provide transparent detail on overheads, income and subcontracting arrangements to its retail customers although b) I’m sure NCBA is still intending to recoup its $250,000-odd costs for getting the domain set up. I don’t know if ICA or NCBA provides details on the trading accounts of their subsidiary, but I believe it generates a surplus.

Also Dot Cooperation LLC is now strategically moving out of the registrar business, and trying to operate more as a wholesaler, which might remove the governance duality of interest you cite, although of course creates further complexity and opacity for consumers.

The answer of course is to make it a consumer co-op. And pigs will fly.

As far as I’m aware logicboxes has not been involved as a service provider for some time now. I can’t speak to the current provider as I don’t use domains.coop as a registrar any more.

Operating a registry for 10,000 names doesn’t cost more than one with 10 million, but it does cost more per domain, as there are minimum requirements in terms of infrastructure etc - presumably ICANN rules, that any registry has to adhere to, regardless of the number of names they might be handling.

.coop ain’t going to change unless the ownership and control of the registry changes. I proposed a registrant cooperative some years ago but that didn’t go anywhere. ICA is both very large and very tiny at the same time. It certainly lacks the internal resource to put any real energy or investment into changing the game with .coop. While ICA/NCBA represents a safe haven for .coop (not unimportant given it’s sometimes patchy history) I’m not holding my breath waiting for them to innovate.